Article published
9.11.2020 at 15:48
Finavia’s three-year project to restore the western branch of Kylmäoja brook was completed a year ago, in October 2019. The restoration effort, which was carried out with the help of several experts, has produced good results. Brown trout have made active use of the new spawning grounds this autumn.

“It’s great to see fish of this size come upstream to spawn so close to the airport. Vantaanjoki river and the brooks that connect to it are an important spawning ground for brown trout,” says Mikko Viinikainen, Vice President, Sustainability & Environment at Finavia, standing on the bank of a brook.

He is inspecting the western branch of Kylmäoja brook to evaluate the success of the rehabilitation efforts. There are large fish under the surface and the brown trout are busy spawning.

According to Viinikainen, the restoration of Kylmäoja brook is part of Finavia’s systematic long-term effort to support the conservation of waterways. In the past, the brook next to Helsinki Airport was negatively affected by the anti-skid chemicals used on runways and the aircraft de-icing and anti-icing chemicals used to ensure flight safety. 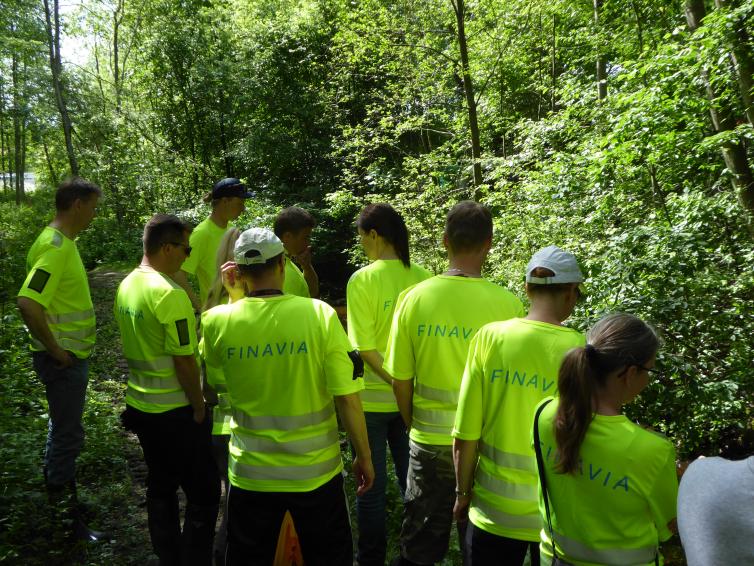 “Finavia has worked hard to reduce Helsinki Airport’s emissions into waterways. Aircraft anti-icing stands have been concentrated in designated areas and water collection has been enhanced. We are now able to collect more than 80 per cent of the aircraft anti-icing chemicals used by ground handling operators. Water quality has been significantly improved,” he explains.

Kylmäoja brook has been restored over the years by not only Finavia but also volunteer campaigns organised by various parties and the brook caretakers hired by the City of Vantaa. In Finavia’s project, dozens of spawning gravel bars were created in the bed of the brook and protected from erosion using larger rock material.

The restoration of Kylmäoja brook has attracted widespread attention from local residents and other members of the public who are interested in nature and the management of migrating fish populations.

“When we presented the restoration measures and the airport’s water protection efforts to the public in late April 2019, the event was attended by about 60 people,” Viinikainen notes.