Press release
Article published
23.6.2022 at 10:51
Airport company Finavia has carried out extensive renovation work at Savonlinna Airport in May and June. The first flight will land on the renewed runway on 26 June 2022.

‒ The renovation of Savonlinna Airport has proceeded as planned and will be completed after Midsummer. We can open the runway to air traffic just before the Savonlinna Opera Festival to be arranged in July, says Mari Nurminen, Vice President, Central and Eastern Finland Airports at Finavia.

Finavia began the runway improvement work on 2 May, and it will be completed on 24 June. After a break of less than two months, the first flight will land on the renewed Savonlinna runway on 26 June.

During the renovation, the runway and taxiway surfaces were replaced as well as part of the apron that serves as a parking area for aircraft. 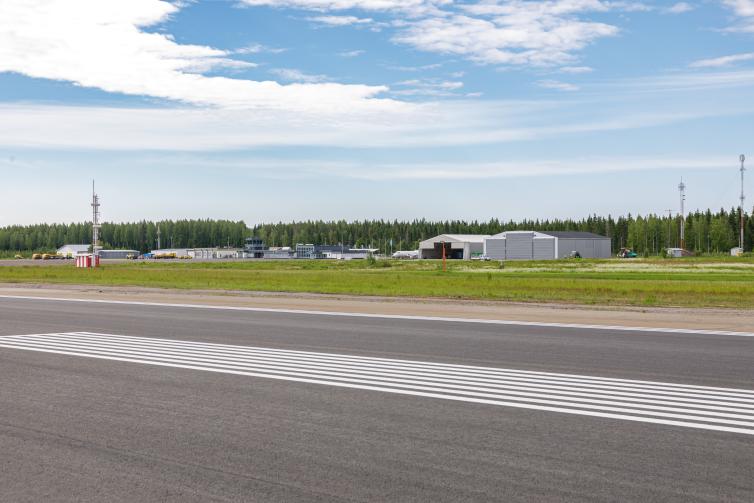 At the same time, the runway lighting system was replaced with energy-efficient LED technology, which reduces emissions caused by airport operations. Savonlinna Airport – like the other Finavia airports – has been carbon neutral since 2019.

Finavia’s investment has a value of about EUR 3 million. Thanks to the paving work now carried out, the Savonlinna runway will provide air traffic with a good service level for many years to come.