Article published
5.12.2022 at 09:18
On 4 December, the naming of a TUI aircraft as Rovaniemi was celebrated at Rovaniemi Airport. TUI’s new Boeing 737 MAX 8 is the airline’s 10th aircraft to be named after a significant holiday destination for the company.

“TUI naming its new aircraft “Rovaniemi” symbolises the great cooperation between the travel industry partners in the Lapland area. TUI is an important customer for Finavia and we are happy about the long history together!” says Petri Vuori, Finavia’s Senior Vice President, Sales and Route Development.

“I am so excited to visit Finland and the incredibly beautiful Lapland. Finland is not only a very important destination for us, but the country is also an important partner for the entire TUI Group because some of our cruise ships are manufactured here. This season, a record number of guests will travel with TUI to Finnish Lapland and discover its wintery magic. Together with our partners from Finavia, the hoteliers and people of Rovaniemi, we are happy to offer holidaymakers experiences that they will remember for the rest of their lives,” said Sebastian Ebel, CEO of the TUI Group.

In 2018, TUI named one of its planes Kittilä, which was celebrated at Kittilä Airport. 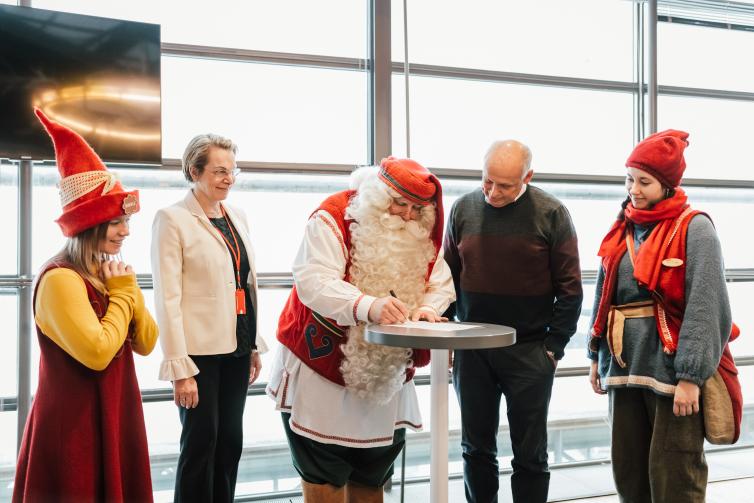 Image: Santa Claus signed the official naming documents together with the Mayor of Rovaniemi Ulla-Kirsikka Vainio (second from the left) and CEO of the TUI Group Sebastian Ebel (second from the right). 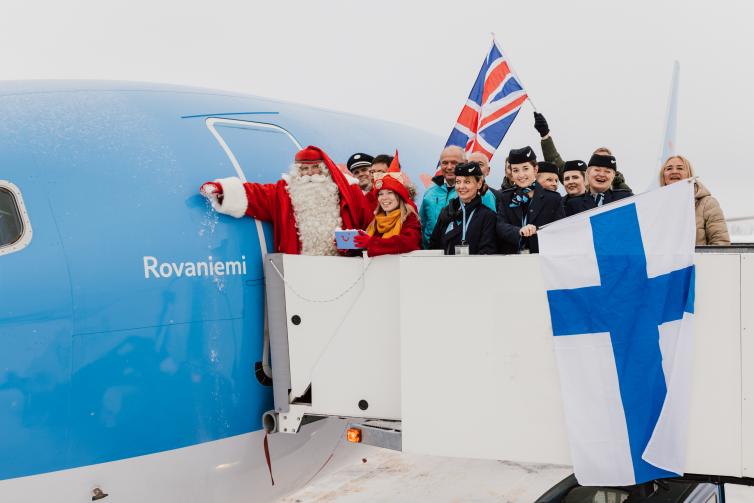 Kuva: TUI’s new plane was named by Santa himself, who is also the plane’s godfather.

A busy tourist season is expected at Rovaniemi Airport again this winter. The development of tourism in Lapland is the result of long-term work in which Finavia plays a significant role.

“In recent several years, we have been investing in improving customer experience at our airports in Lapland. We have increased the service level and developed our terminals, apron and runways. We also cooperate with our partners in marketing the connections and Finland as a destination to attract visitors to experience the magical North”, says Vuori.