Down Memory Lane I: Helsinki Airport in the 50s and 60s

Article published
20.7.2016 at 06:00
Air travel has gone through huge changes throughout Helsinki Airport’s 64-year history. In this series, we take a glimpse at the past and revisit rare photos.

On July 10th Helsinki Airport turned 64. To mark the occasion, Finavia is publishing a three-part series, Down Memory Lane, which looks at the past decades through photos.

Part I: Opening and the first decades 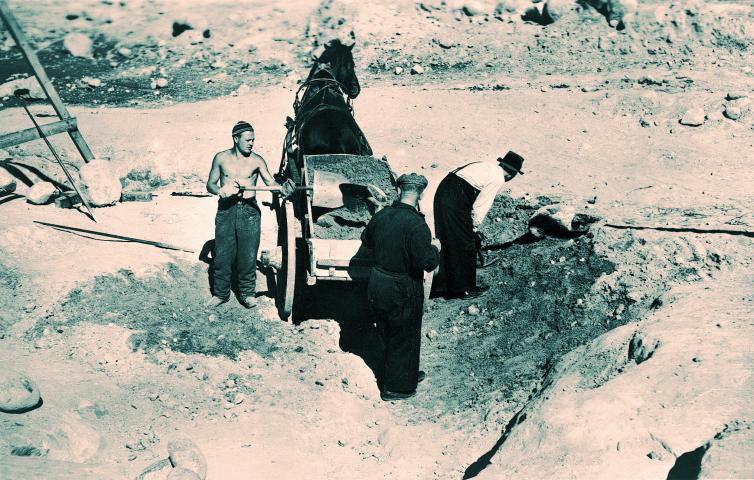 Though the planning of Helsinki Airport had already started in the 1940s, it wasn’t until 1950 that construction of the new airport began. The necessary impetus was provided by Helsinki being chosen as the venue for the 1952 Olympic Games. Although the work site was the most mechanized at the time, much of the work was done by spade and horse. 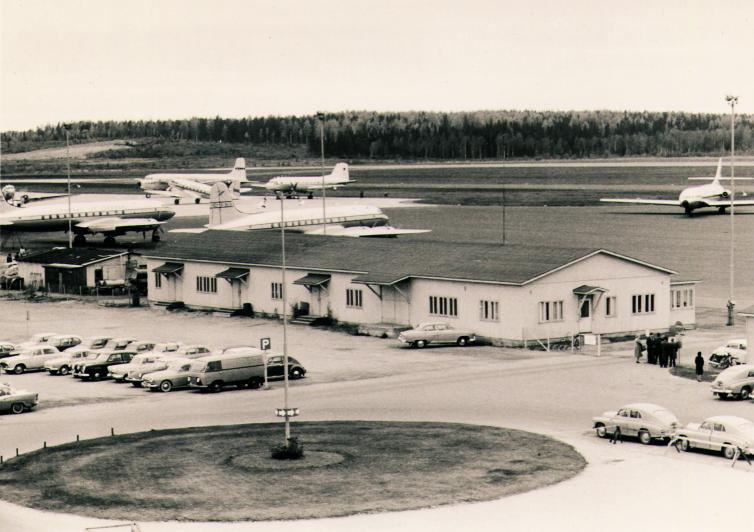 The first airport building, of wooden construction, was erected within three weeks. It was nicknamed, rather cutely, “the reclining skyscraper.”

On June 26th in 1952 a new page of Finnish aviation history was written. Construction work had progressed so far that the first two aircraft could land at the new Helsinki Airport. The planes were DC-3s owned by Aero, now Finnair, called Tiira and Lokki (Tern and Gull). 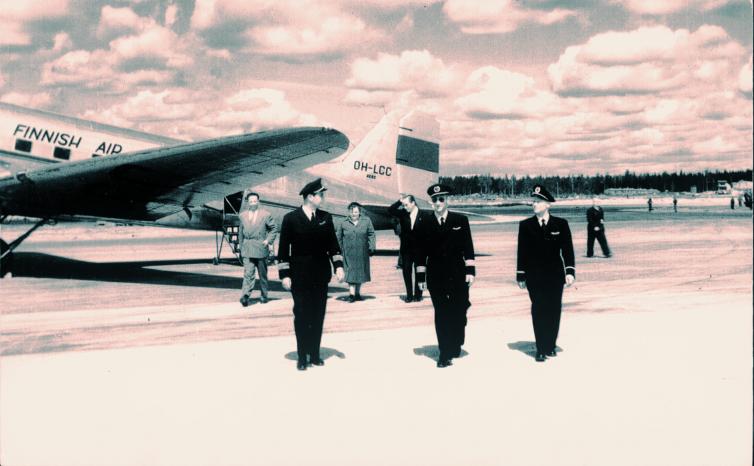 Prince Philip departed from the Helsinki Olympic Games in a comet equipped with a jet engine, with thousands of Finns gathering to see him off. 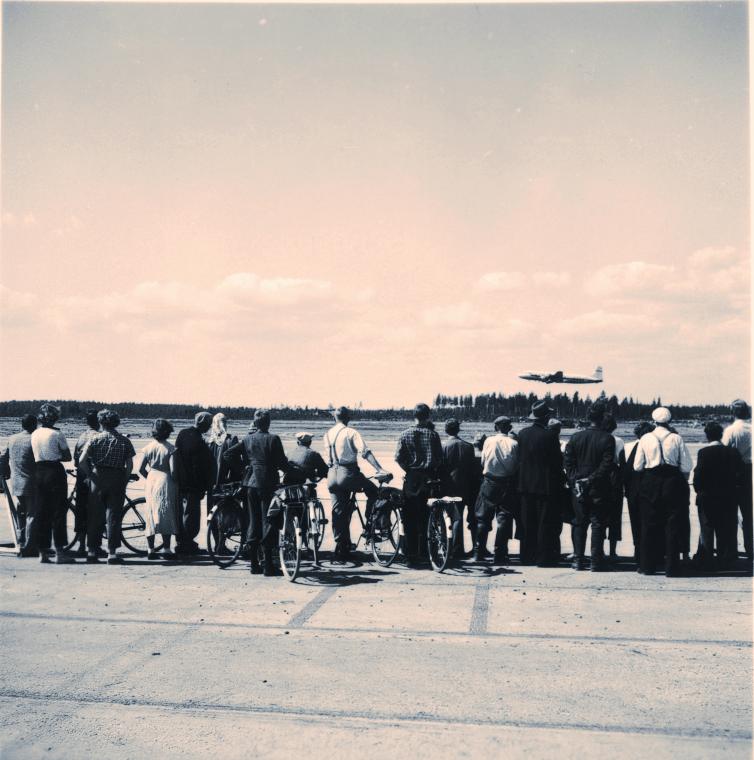 In addition to the Olympic Games, the new airport was proud to welcome Ms. Armi Kuusela, who as the newly chosen Miss Universe raised the already ecstatic Finns’ spirits to even greater heights. The roof of the airport building was so crammed with people waiting to greet her that some feared it would collapse. 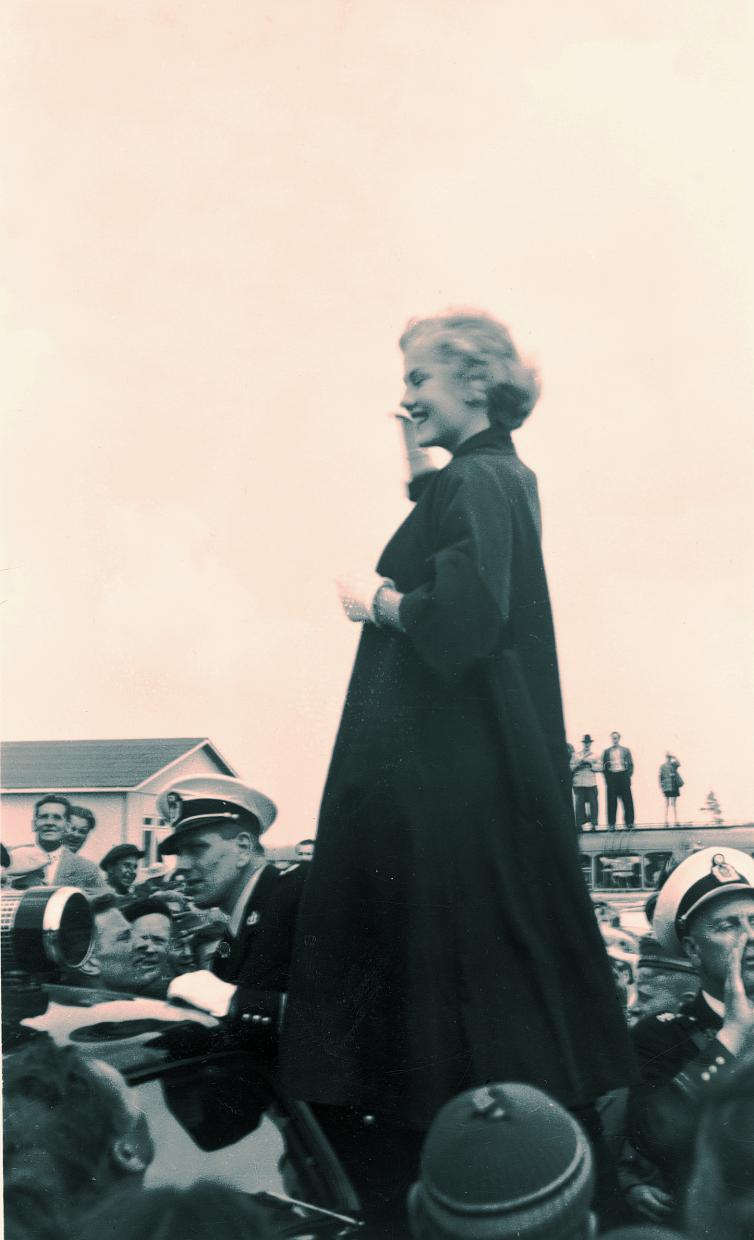 Before the advent of "Follow Me" cars, marshallers would guide landing planes on to the apron by bicycle. 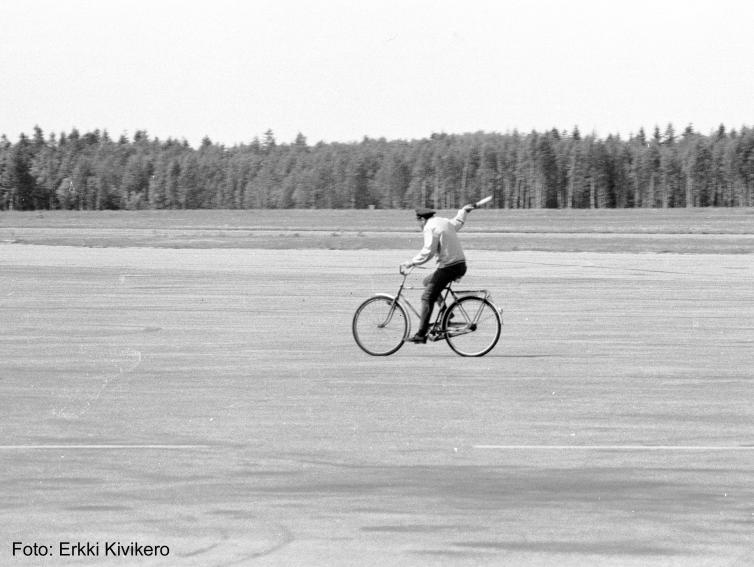 Marshaller, known as a "Follow Me" car, in the old days. 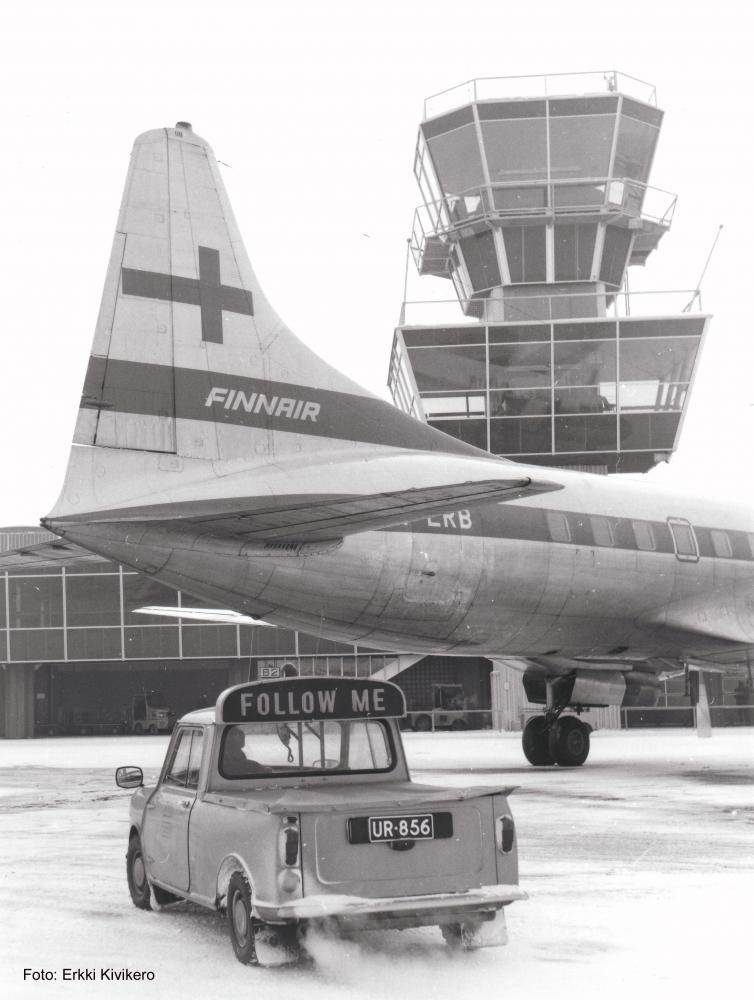 A big aircraft hangar was erected in 1956, and its front wall was supported by two 75-metre long arches. A total of 12-13 medium-sized aircraft could be accommodated in the hangar. In other words, it could fit Finland's entire fleet of civil aviation aircraft at the time. 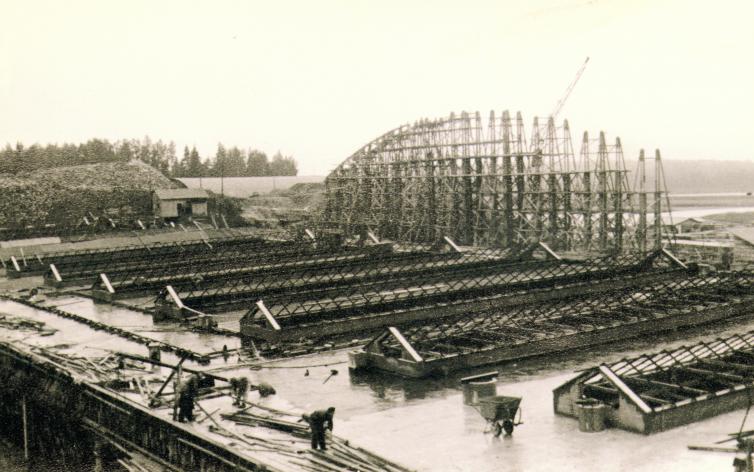 The airport building as it appeared in 1965, before construction work on the new terminal had commenced. In the foreground is the air traffic control tower, also completed for the 1952 Olympic Games. 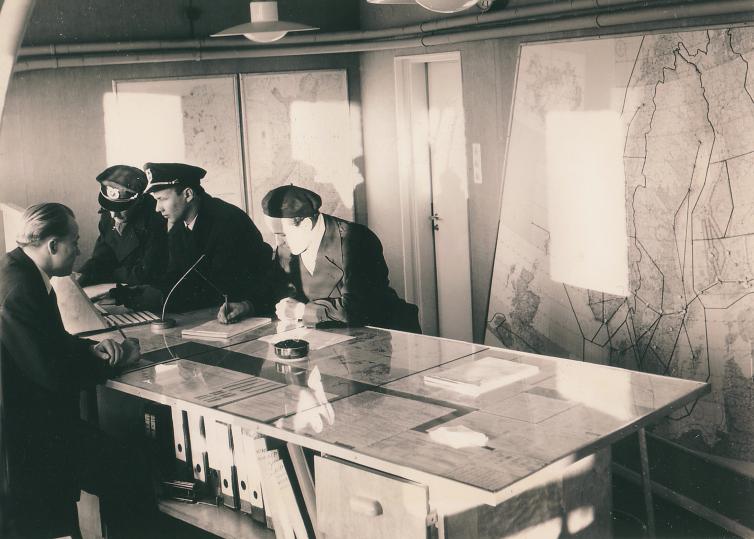 Briefing at Helsinki Airport in the 1960s.