An extremely busy Christmas season ahead at Lapland’s airports

Press release
Article published
14.11.2018 at 13:12
According to Finavia’s forecast, the number of tourist flights at Lapland’s airports will grow by 15 per cent compared to last year.

“According to the reservation situation in November, the next winter will be an extremely successful winter at the northern airports. Record levels are about to be reached at Lapland’s airports. For example, the milestone of 200 flights will clearly be reached at Rovaniemi Airport and Kittilä Airport. This is also good news for tourism in Lapland,” says Finavia’s Senior Vice President Jani Jolkkonen.

A total of 677 Christmas charters will fly to Finavia’s five airports in Lapland, which is 89 more flights than last year. The lure of Lapland attracts British people especially, since most of the tourists on the chartered flights come from Great Britain.

Lapland can now be reached from 50 destinations around the world. In addition to chartered flights, new internationally scheduled flight connections have been launched in Lapland. For example, the route from London Gatwick to Rovaniemi, launched by EasyJet in October, will significantly strengthen Lapland’s flight connections.

“New routes will bring tourists to Lapland and offer people in Lapland direct connections to destinations around the world,” says Jolkkonen.

He hopes that people in Lapland will utilise these routes. Connections operating regularly and around the year will ensure that the airport and the airport area will succeed.

“We will be opening the Kittilä Airport terminal expansion just before the Christmas season. This means more space and new services for passengers and smoothness for travelling. Three new aircraft stands were completed earlier this spring at Ivalo Airport. They shorten the plane turnaround times and facilitate the turnaround, thereby increasing the capacity for the next winter. 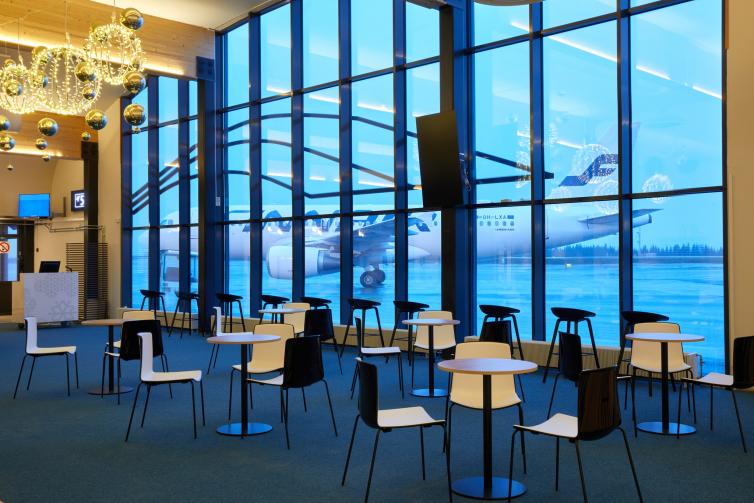 Finavia’s investment programme at Lapland’s airports will last for two years and is worth 55 million euros. Rovaniemi, Kittilä and Ivalo airports will be considerably expanded and more services will be added in response to the rapid growth in passenger numbers. Construction work began in the spring of 2018 and will be completed by the end of 2019.

The number of reserved chartered flights in December according to airport, situation on 14 November 2018