Oulu Airport is part of the Finavia airport network. Serving the bustling technology and university city of Oulu, it is the second busiest airport in Finland.

As the oldest civilian airport in Finland, it continues Turku's illustrious past as an aviation city. Today, Turku is one of the busiest airports the country, both in passenger traffic and cargo.

Vaasa Airport is the sixth busiest airport in Finland. The number of direct charter flights to holiday destinations in Southern Europe has been increasing steadily during past decade.

Mariehamn airport on the Åland islands is located on the right by the sea. The airport serves solely commercial and general aviation, as no military aircrafts visit the demilitarised islands.

Named after the two nearest cities, the airport serves the coastal region of Central Ostrobothnia, offering both traffic connections and a setting for active general aviation. 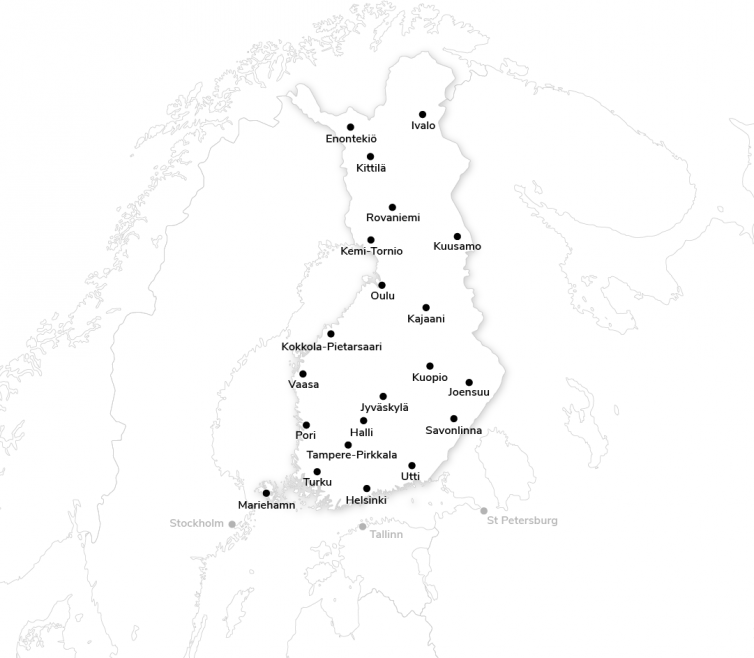