YouTuber pilot sheds light on aviation facts from behind the scenes

Article published
30.8.2018 at 09:00
It took Tapio Siivola a year and a half before he found the courage to speak on camera. Now this vlogger pilot’s YouTube channel has more than 44,000 subscribers

How does an airplane stay up in the air? What’s inside a pilot’s flight bag? What if the pilot falls ill or dies mid-flight?

The answers to these and many more questions can be found in a vlog called Tapio on the Move – Lentopojan vlogi. It’s a YouTube channel and sideline of pilot Tapio Siivola, a 35-year-old Helsinki resident hailing from Rovaniemi.

In addition to aviation topics, Siivola has featured in his video blog numerous destinations around the world. He also strives to answer viewers’ questions.

“There are plenty of questions and requests. It seems like people want to know what being a pilot is really like, and what goes on behind the scenes during a flight,” says Siivola. 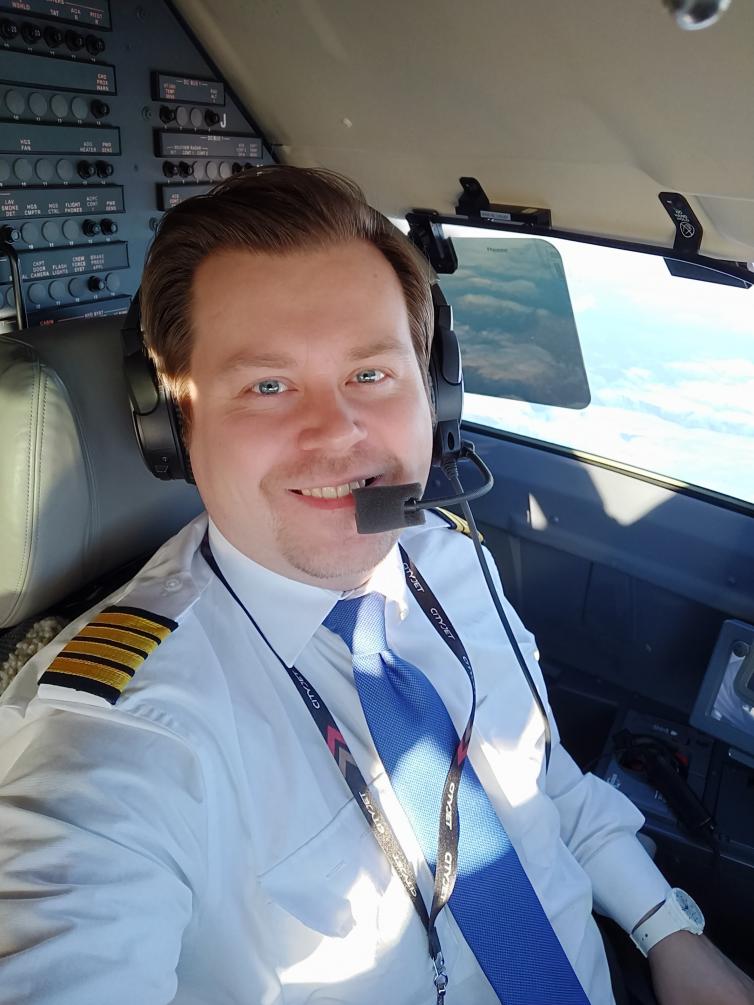 Some of the questions that the YouTuber pilot’s viewers have asked include how many landings are done by autopilot, and what happens when an engine breaks down.

“The pilot takes care of about 99 per cent of the landings, and during my career, all of the 3,000-odd landings have been done manually. In case of engine failure, the pilots follow all necessary procedures after which the plane will land at the nearest airport. Aircrafts are usually certified to fly with a single engine without disturbance for up to several hours,” Siivola says.

Many viewers also ask if the co-pilot can fly.

“The pilot and co-pilot are equally qualified fliers. Flights are piloted half and half, which is to say that on a normal day with four flights, the pilot flies two flights and the co-pilot flies the other two. Nonetheless, the pilot is responsible for everything, so in more demanding circumstances she or he takes care of takeoff and landing.”

Moreover, many viewers are surprised by the number of flights piloted by Siivola: he flies around 600 flights per year.

Inspiration from a camera ad

Siivola’s interest in vlogging was first sparked by a video camera advertisement in 2013. Back then, he was living in Germany and working as a pilot for Lufthansa.

Siivola got himself a camera and started filming holiday videos for his friends and family. However, it took about a year and a half before Siivola found the courage to speak in front of the camera.

It wasn’t until after he started working for his current employer CityJet, where he pilots SAS flights, that he began filming his work as a pilot in addition to holiday videos.

“CityJet saw that my videos boost the whole industry’s reputation. These behind-the-scenes glimpses take the trade forward and perhaps make people apply for a job in the company.”

Siivola shoots footage for his videos alongside his work. He may set up the camera on the wall at the back of the cockpit with a suction cup and film the pre-flight preparations in the cockpit, takeoff, the flight itself and landing. Or he may film himself freehand, presenting the apron or the terminal to viewers.

Certain guidelines for filming have been agreed on with Siivola’s employer. It is clear that work always comes before the vlog.

“On many occasions I’ve had to interrupt filming because of work. Something has come up, and I’ve forgot about filming.”

The most popular video has almost half a million views

In some of the videos, Siivola sits in front of the camera and shares things related to flying, such as the impact of mobile phones on flying or the downsides of being a pilot.

The most complex animations take a lot of time: one minute of finished material may take up to an hour of work, so a ten-minute video may take ten hours to make. The work is worthwhile, as Siivola’s channel already has 44,000 subscribers. The most popular vlog post, “My day as a pilot,” has been viewed almost half a million times.

“This is an awesome hobby, which has become a part-time job during these 2.5 years. My objective is to reach a point where I can fly part time and spend more time on videos, content marketing and social media consulting,” says Siivola, who has started a company for his endeavours. 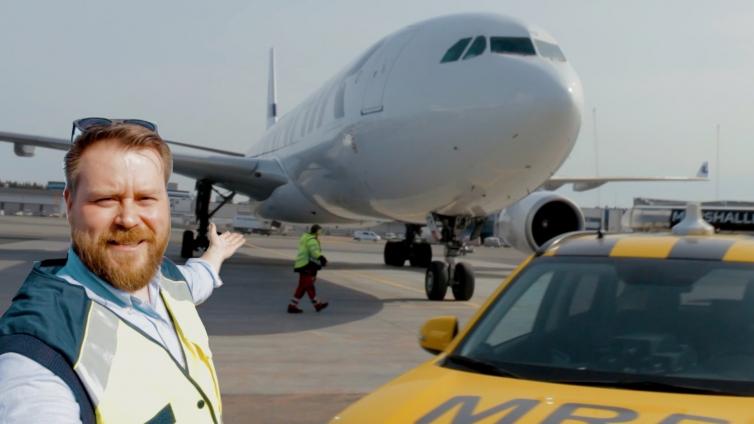 Get to know Tapio’s channel Tapio on the Move

So, you want to be a flight attendant? An experienced cabin crew member shares what it takes to qualify for the job