Article published
6.8.2019 at 16:46
Finavia invited passionate plane spotters to Helsinki Airport on 6 August 2019 to learn more about the airport and to see planes and the action on the runways from a close distance. The HELspotting Day is a way for Finavia to introduce Helsinki Airport to this active stakeholder group.

Spotters are people who spot planes and take pictures of them as a hobby. The best spotting moments often include a rare plane model or a dramatic setting. The spotters share information and images of aircraft on web forums and social media and gather together at the best spotting locations around airports.

Many of the participants of the HELspotting Day spot planes around Helsinki Airport at least once a month, some much more often. According to the participants, the best locations to spot planes can be found on Katriinantie and Vesikuja right outside the airport. 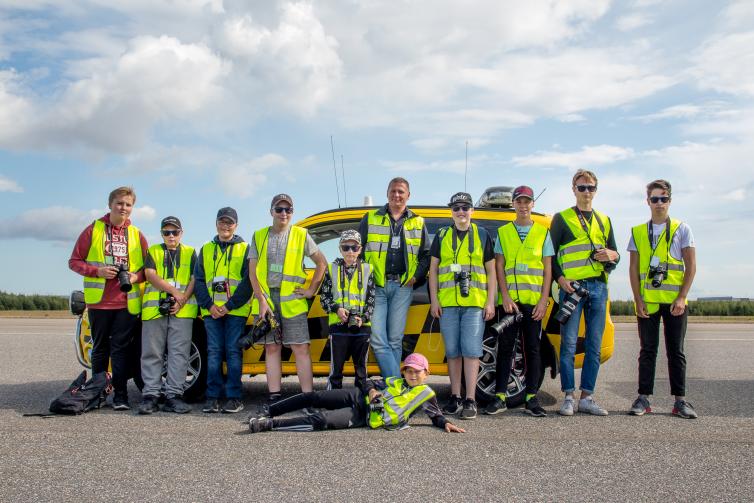 Finavia organised a spotting competition for its followers on Instagram for the second time. The participants were asked to share an image of their most memorable spotting moment. Ten photographers were drawn to win a visit to Helsinki Airport on 6 August. The pervious HELspotting Day was organised earlier in June.

– We are happy to have had the opportunity to organise a tour at the airport for the plane fans. The spotters as a stakeholder group are active and very visible especially in the social media and around the Helsinki Airport area, and the cooperation with the hobbyists has been good, tells Marketing Coordinator Kati Hollmén, who presented Finavia at the event.

During the HELspotting Day, the spotters got to know Helsinki Airport better. The plane fans were taken on a tour of the apron by an apron controller, called a marshaller. The marshaller Heikki Kari told the spotters details about the passing planes and about his work on the apron. He also guided the guests to the most unique locations along the runways to get the best shots. After some important security information, the spotters could step out of the vehicle to photograph their favourite planes.

– The best thing about plane spotting is getting good photos, says Matias, 13.

Matias has been photographing planes for four years. He first started taking photos with his phone, but now uses a camera he got as a gift. Matias says he visits the spotting locations briefly during winter, but on a summer day he might spend up to five hours outside Helsinki Airport spotting planes. 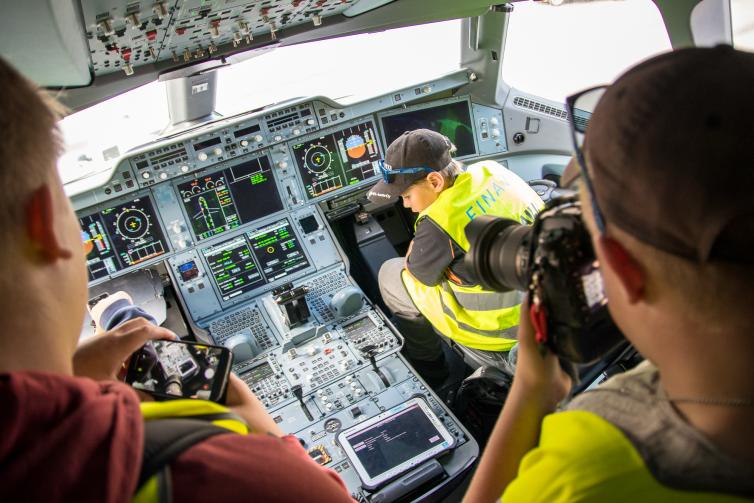 The goal is to spot rare planes

The young plane spotters prefer spotting big cargo aircraft and they would also like to get photos of the world’s biggest passenger aircraft, the Airbus A380. During the HELspotting Day, the participants were looking forward to seeing the aircraft of Juneyao Air, a new addition to the airlines operating at Helsinki Airport, as well as a Boeing 737 Max and small ATR aircraft.

Joona, 11, is eager to get photos of especially large aircraft. His dream would be to spot the A380.

– I didn’t get to see the Air Force One, as it visited the Helsinki Airport. That was a pity, tells Joona, who could see himself becoming a pilot one day.

Even though many spotters like to write down the planes they have spotted, for some, taking great photos is the key.

– I don’t really list the airlines or aircraft models I spot, tells Matias, who is more into photographing.

The participants found the HELspotting Day a great experience and were delighted to get too see airplanes on the apron – and of course to get unique photos.

– This was a great day! My ears just can’t take it any longer, laughs Joona, as a plane of EuroAtlantic Airways passes by.

The plane spotters share their images very actively on discussion forums as well as on social media. You can have a look at some of them on Instagram with the hashtag #HELspotting. Some of the best shots are also shared on Helsinki Airport’s account @helsinkiairport with the photographer’s permission.