Article published
29.11.2019 at 09:22
In 2018, more than six million passengers passed through border control at Helsinki Airport. It is estimated that the number will keep on growing and, therefore, border control is being renewed and extended. The replacement work of automated passport machines is causing temporary arrangements in January and February.

Järvelä says that compared to other traffic at Helsinki Airport, traffic at border control has almost doubled during the past few years. He estimates that the trend will continue and says that Finavia’s investment programme of more than one million euros is targeted especially at the growing number of passengers travelling on non-Schengen and long-haul flights.

One of the projects of Helsinki Airport’s development programme is the extension and renewal of border control which will increase the border control capacity by 50 per cent. This year, more than 70 new border guards have graduated to work at border control.

The non-Schengen traffic at Helsinki Airport is temporally focused on certain spikes. Within one hour, there might be 10–15 wide-body aircrafts landing that bring some 3,000 passengers to passport control in one go.

A large part of non-Schengen passengers are transfer passengers who need to catch their connecting flight. That is why border control has to run smoothly. At the same time, many passenger groups require personal guidance and assistance.

“Despite the tight flight schedules, the border guards must always make sure that the passenger has the right to cross the border and does not form a threat to national security, says Samuel Siljanen Deputy Head of Helsinki Border Control Department.

Process to be completed in stages

The border of Schengen area and the external border of Finland are located on two floors at Helsinki Airport.

The passengers staying in Helsinki walk through the border control point downstairs located on the arrivals level next to the baggage claim hall 2B.

“We have renewed our border control in stages and the process is still ongoing. The aim is to increase the capacity of border control and improve its quality,” Siljanen says.

With the help of the reform, Helsinki Airport border control is also preparing for the introduction of the European border-crossing system EES (Entry/Exit System). 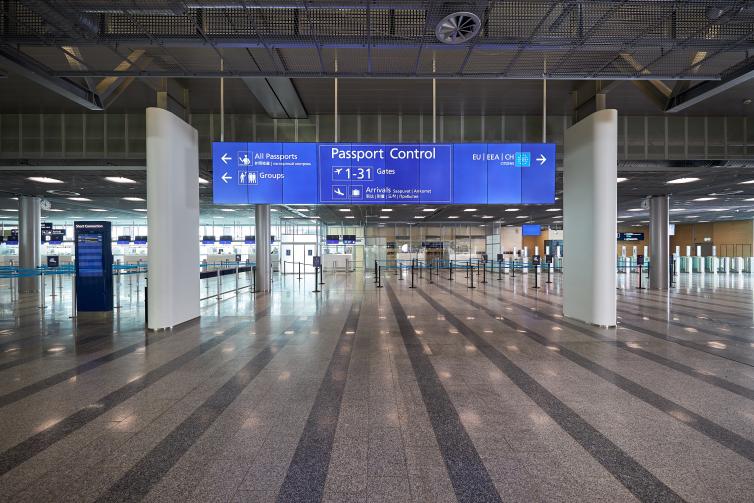 In July, an extended transfer passenger border control area was opened at Helsinki Airport. The Finnish Border Guard has both 24 traditional customer service points and 20 automated passport control machines in the area.

“The number of customer service points was also increased at the border control point downstairs and the automated passport control machines were replaced with new ones. The facilities for additional passenger check-ups were also renovated,” Siljanen says.

As part of the renovation, the Finnish Border Guard will replace all of the border control machines of departing passengers at Helsinki Airport. The measures have been put in place in order to prepare for the introduction of the European border crossing system EES. 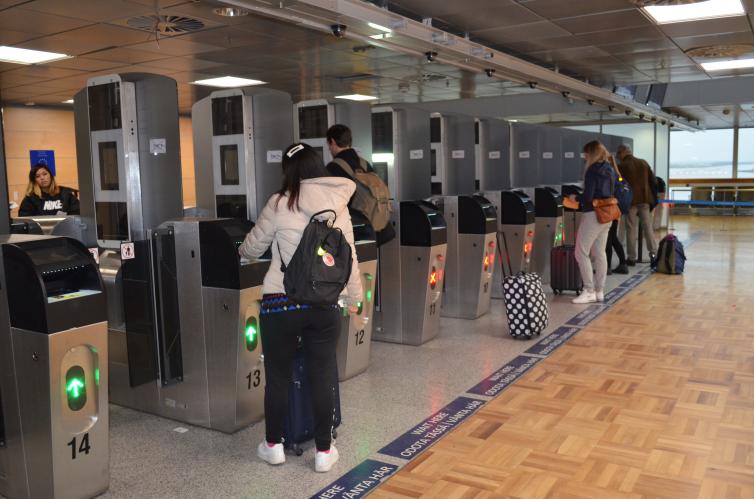 Picture: Old self-service machines will be removed in January.

“The replacement work is carried out in the beginning of 2020 and, therefore, the departing passengers will not able to use the border control machines during January and February,” Siljanen says.

In order to ensure that travelling stays smooth despite of the replacement work, the Finnish Border Guard will make sure that as many customer service points as possible are operating and will reserve enough staff resources for assisting the passengers. Finavia is also preparing for the change and will increase the number of employees offering guidance for the passengers.

The new border control machines are compatible with the European border crossing system that will be introduced in the 2020s. The aim of introducing the new system is to improve border safety of the European Union and to better enable the automatisation of border control of non-EU citizens.