Article published
16.9.2019 at 08:50
Sichuan Airlines’ flight from Chengdu was celebrated with a water salute as it arrived to Helsinki Airport early on Monday morning around six o’clock 16 September. The new route will strengthen Helsinki Airport’s flight connections to China.

The airline will operate the route between Helsinki and Chengdu twice a week, on Mondays and Fridays. Along with the new route connection, Finland now has eight different direct flight destinations in China. Sichuan Airlines is already a third Chinese airline company at Helsinki Airport as Tibet Airlines and Juneyao Air both opened their routes earlier this year. Sichuan Airlines' new route was announced in the beginning of September.

The new airline and route opening were celebrated with a ribbon cutting ceremony and a traditional water salute, in which fire trucks spray water on the aircraft in a spectacular arc. 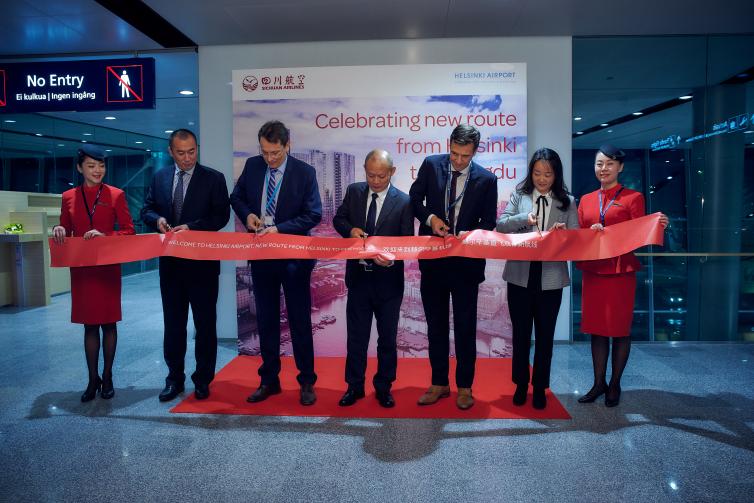 The aircraft continues in the morning to Copenhagen and returns in the afternoon through Helsinki Airport back to Chengdu at 3.45 p.m.

Chengdu is the capital of Sichuan province with about 11 million residents. It is a significant political and economic centre of Southwestern China. 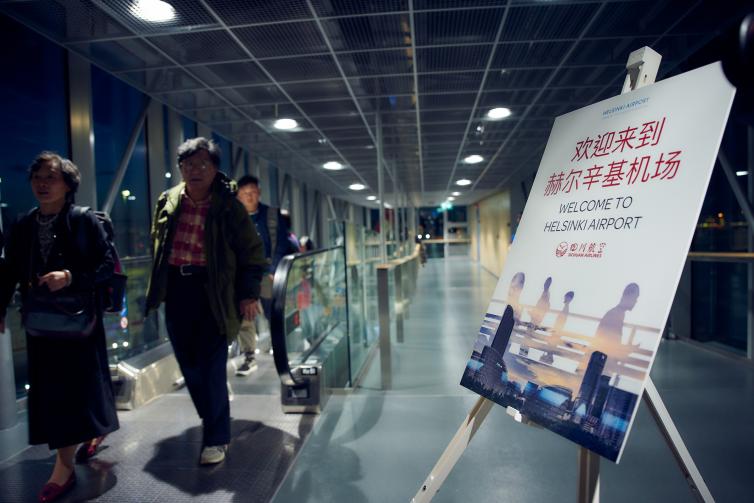 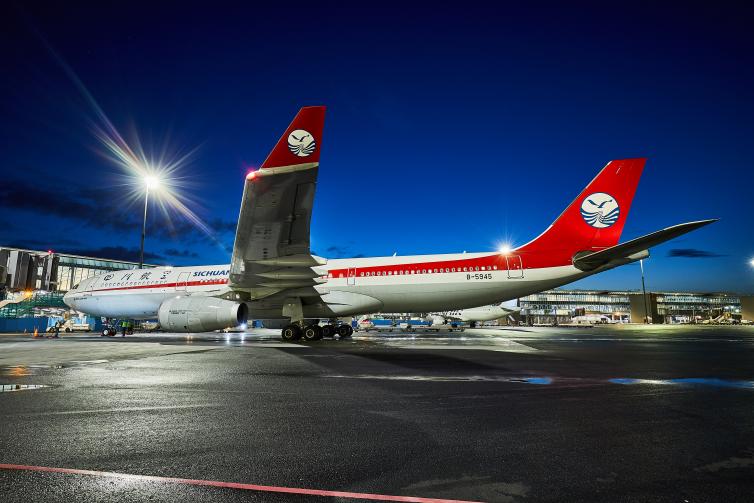 Photo: Morning was just about to dawn as the inaugural flight arrived at Helsinki Airport. 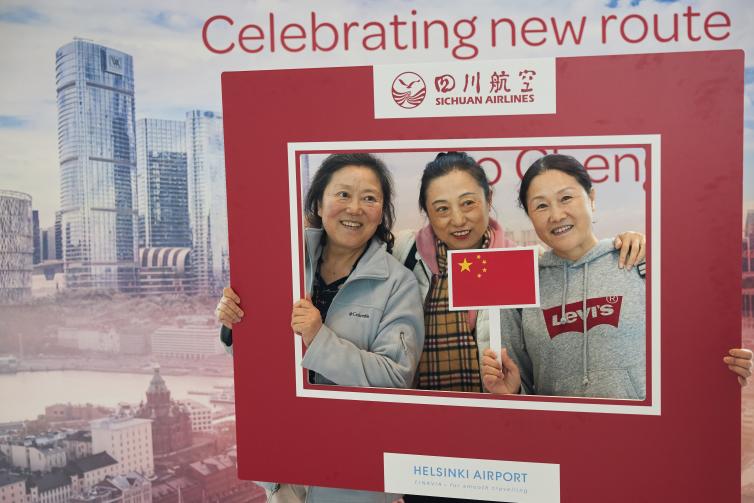 Photo: A route opening themed photo booth was arranged for passengers heading to Chengdu on the afternoon flight.

Finavia’s measures to reduce the spread of the coronavirus epidemic