Article published
12.10.2020 at 14:04
You can now fly from Helsinki Airport to Zhengzhou in the Henai province once a week with direct flights operated by Juneyao Air.

Helsinki is the airline’s main destination in Europe. At the moment, Juneyao Air flies to Helsinki Airport from Zhengzhou and Shanghai.

“The new connection strengthens Helsinki’s position as a significant hub for Asian flights and is an important development for the future. It also supports Finland’s export trade and security of supply. We have worked for this new route for a long period of time,” says Finavia’s Vice President, Sales and Route Development Petri Vuori. 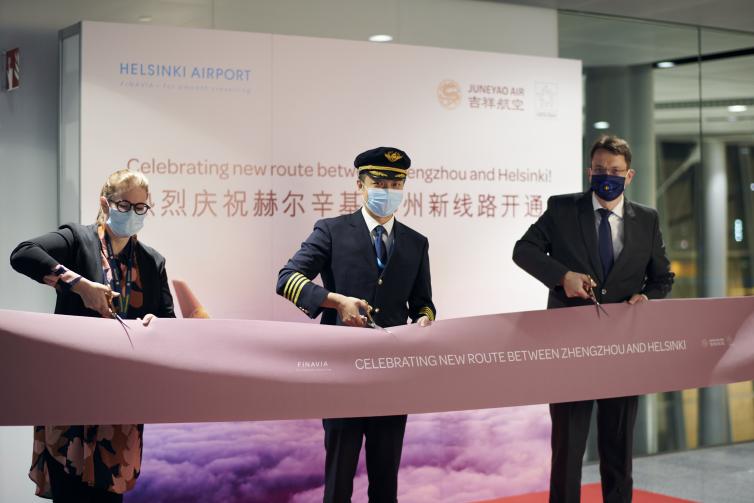 The airline operates the route on Mondays with a Boeing 787 aircraft.

Zhengzhou, with a population of millions, is the capital of the Henan province in China, and has a long and colourful history. It is a significant and modern industrial city, and an important financial and commercial centre in China.

Are you heading to snowy Lapland for the winter break? Check the latest guidelines and packing tips