“We warmly welcome KLM’s new connection to Rovaniemi Airport! The number of direct scheduled flights to and from Lapland is increasing, which means that not only international arrivals but also local holiday and business travellers can benefit from the connections. The accessibility of Lapland is once again very good for this winter season,” says Petri Vuori, Finavia’s Senior Vice President, Sales and Route Development.

“Finland and the Nordics is a very important market for us and KLM is expanding in Finland. In addition to the year around daily flights from Helsinki Airport, we will add seasonal flights from Rovaniemi as from 03 December. We offer a scheduled flight from Rovaniemi to Amsterdam from where you can continue to any of our European destinations or to the rest of the world. At the same we time meet the growing demand for adventurous winter trips to Lapland from abroad. Most welcome onboard!” says Soili Varpula, Sales Manager Finland and the Baltics, AIR FRANCE and KLM North Europe.

KLM will fly the new route between Amsterdam and Rovaniemi once a week during the winter season, on Saturdays. In addition to Rovaniemi, KLM also flies from Amsterdam to Helsinki Airport. 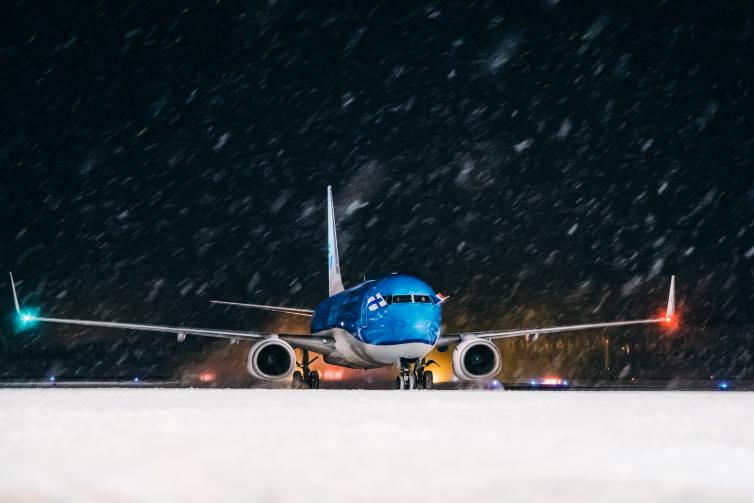 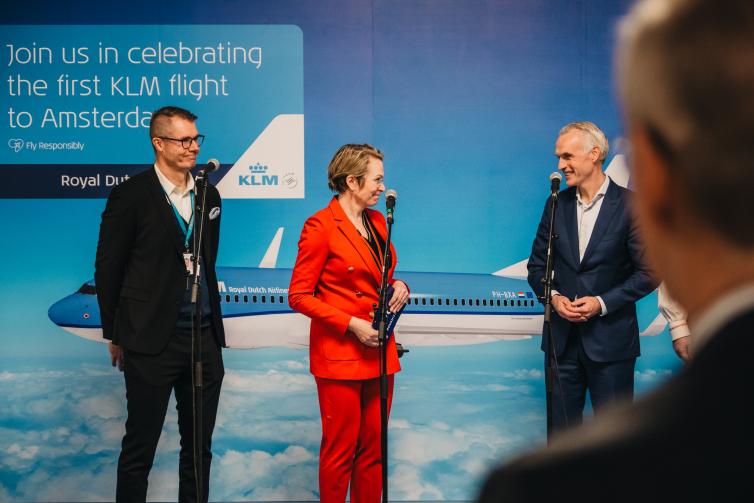 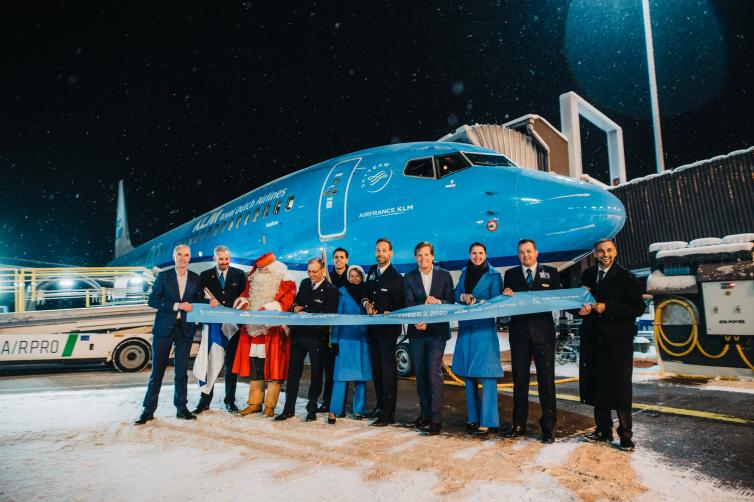 Image: Representatives of Finavia, KLM and Rovaniemi together with Santa cut the ribbon at the route opening celebration.

KLM to operate flights between Amsterdam and Rovaniemi