Article published
13.02.2018 kl 09:29
In February, Asian air passengers are being welcomed at Helsinki Airport with bright red envelopes. The airport’s Chinese-speaking service guides hand out envelopes that contain Finavia’s partners’ discounts and happy New Year’s wishes for the Year of the Dog 2018. This is one example of how Finavia continues their long-term development work to improve their customer experience.

Numbers of Chinese, Japanese and Korean tourists have seen a rapid increase over the past years. For example, in 2017 nearly 500,000 air passengers from China and over 675,000 from Japan arrived at Finavia airports.

“Out of the airports in Europe, Helsinki Airport offers the most direct connections to Japan, and the fifth most to China. Lapland’s rising popularity as a tourist destination has also considerably increased the numbers of Asian passengers. Finland is a central hub for air traffic between Europe and Asia”, says Finavia Director of Marketing and Communications Katja Siberg.

Helsinki Airport offers direct connections to 145 international and 20 domestic destinations. This has made it Northern Europe’s most important hub for transfer passengers. Search for direct flights from Finavia airports >

“We are constantly developing the services at our airports, keeping our customers’ point of view in mind. We started out with signs in various different languages, making it easier to move around the airport. We then added Chinese-speaking service guides and customer service staff. We can now offer the stores and restaurants operating at the airport the possibility of a real-time mobile interpretation service“, Johanna Laakso, Customer Experience Manager in the service development team, sums up.

The Helsinki Airport services are also introduced in Chinese on the airport’s own WeChat and Sina Weibo social media accounts, as well as on the Youku channel, similar to YouTube.

Asian passengers’ shopping at the airport is made easier by the UnionPay and Alipay in use. For example, according to the Alibaba Alizila website, Finland is becoming Europe’s first “all Alipay” destination, where Chinese tourists can pay for their shopping with a mobile application without a credit card or cash.

Close attention is being paid to Asian passengers’ wishes

Helsinki Airport operates as a sister airport to Asia’s largest airport, Beijing Airport. This collaboration has, for example, resulted in employee exchanges between Finland and China. It has also resulted in a good dose of understanding for the Chinese service culture and the needs of Chinese passengers.

“We actively take into account the wishes of our Asian passengers. As an example of this, we have implemented hot water vending machines upon the opening of the new south pier in Summer 2017, and have collected the experiences and recommendations of the Chinese man participating in our #LIFEINHEL project, in which he lived in Helsinki Airport for 30 days”, Siberg says. 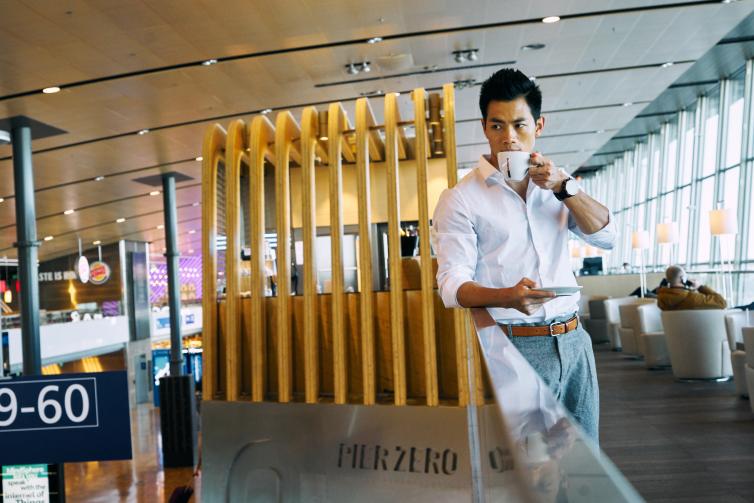 Helsinki Airport is also taking into account the Lunar New Year. According to the lunar calendar, the Year of the Rooster ends and the Year of the Dog begins on Thursday 15 February 2018 at 6 p.m. Finnish time. Air passengers from China heading for Finland or passing through Helsinki Airport are being greeted with red envelopes.

“It is traditional on Chinese New Year to present those close to you with red envelopes. Our envelopes contain discount coupons and chocolate coins. The colour red symbolizes good luck, the coupons offer great discounts and the chocolate coins represent money, which according to old beliefs protects children from demons. In China, New Year is the most important celebration of the year, when families can take time off and get together even if they live far away from each other”, Siberg explains.