Airport of the year 2017 is Ivalo Airport

Finavia has chosen Ivalo Airport as its network’s Airport of the year. This was already the 28th recognition ever granted. This title was granted to Ivalo previously in 2001.

Finavia's Northern Finland Director Veli-Pekka Pitkänen states that this decision was based on, for example, the amazing development of management in all sectors and the strong commitment of the personnel in Ivalo.

- Ivalo has taken multitalentedness as far as it can be taken in an airport environment. Ivalo successfully takes care of, for example, loading, de-icing, aviation fuel maintenance, cooperation with car and tire testers as well as, naturally, the normal airport routines, which in Ivalo’s arctic conditions are rather challenging, says Pitkänen.

Nearly 20 permanent employees are working at Ivalo Airport. This number nearly doubles during the peak season. The Airport Manager of Ivalo Airport is Jarmo Pyhäjärvi.

Northern exotic fascinates around the year 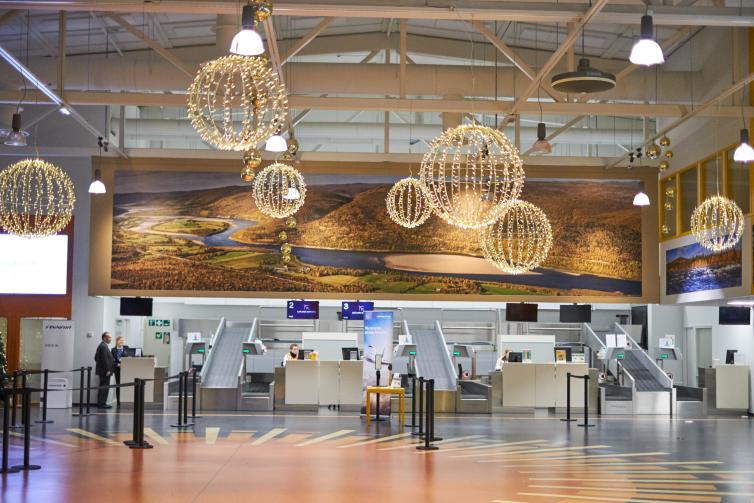 Customer satisfaction at Ivalo Airport is extremely high, ranking first in Finavia’s customer satisfaction survey. The airport terminal offers a unique experience with its service and beauty for the passengers travelling to Lapland. Passengers can relax in rocking chairs in front of a flaring log fire in the terminal.

Ivalo is the northernmost airport of Finland and the entire European Union. Polar nights in winter and midnight sun in summer can be experienced at this airport located on the north side of the Arctic Circle.

Northern exotic also fascinates passengers around the year. In addition to the daily connections between Helsinki and Ivalo, seasonal flights from the UK and Germany bring tourists to Ivalo. There are also excellent bus connections from Ivalo Airport to different parts of Northern Lapland and a short journey to Norway and the Arctic Ocean. 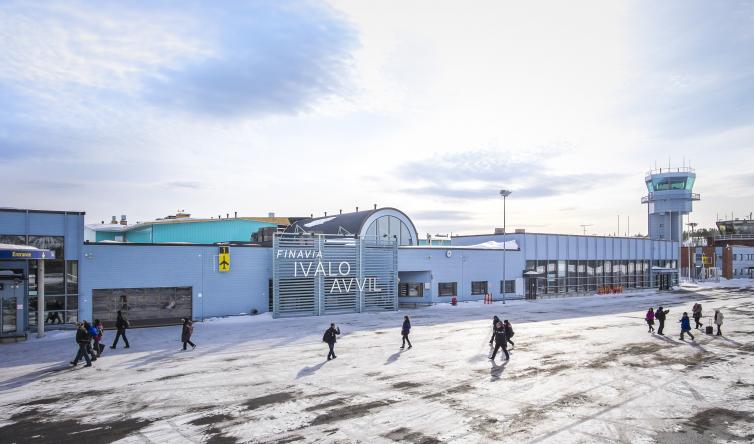 Ivalo Airport is the oldest one of the six airports in Lapland. A military airport was opened in the district in 1943, which was then destroyed during the Lapland War in 1945. Commercial traffic from the renovated Ivalo Airport to Rovaniemi started in 1955. The main runway of the airport was completed in 1973, and it was extended to its current length of 2,500 metres in 1981.

Last year, Ivalo Airport served in total of 210,566 passengers which meant that the number of passengers grew by 17% compared to 2016. The terminal building has been expanded several times in the 1990s and for the last time in 2016.

At the moment, a 55 million development programme is in progress at Lapland’s airports, which enables the growth of tourism in Lapland. New aircraft stands will be built at Ivalo Airport during this investment. Passenger facilities will be considerably expanded due to a new baggage claim hall.