Article published
23.3.2018 at 07:19
The World Media Awards' international jury has highly commended the Finnish airport company Finavia’s #LIFEINHEL concept in Travel & Tourism category. The accolade was announced at the award gala that took place on Thursday evening 22 March in London.

“It is great that #LIFEINHEL has sparked worldwide interest and that it has earned its place amongst the best of WMA. #LIFEINHEL showed us Helsinki Airport through the eyes of an international transfer passenger. It will help us further develop customer experiences, airport operations, services and facilities,” says Katja Siberg, SVP, Director of Marketing and Communications from Finavia.

Siberg refers to the airport company Finavia’s ongoing EUR 900 million development programme. With this programme, Helsinki Airport is preparing to provide services to more than 30 million passengers each year. The airport is already a significant hub for air traffic between Europe and Asia. Furthermore, in the recent Skytrax survey, passengers voted for Helsinki Airport as the best airport in Northern Europe. 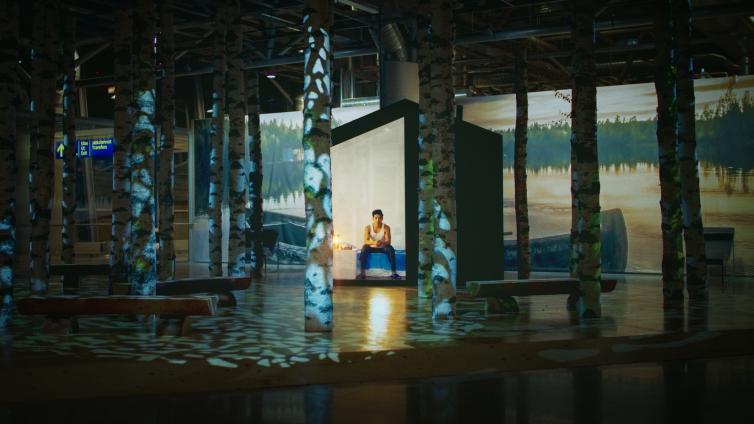 In the #LIFEINHEL concept, Ryan Zhu, a Chinese media personality, moved to Finavia’s Helsinki Airport to live there for 30 days. The objective was to find out whether Helsinki Airport lives up to its reputation as the world’s best airport. Zhu tested the airport and its services for an entire month and reported on his experiences daily in social media.

“This campaign demonstrated a clear understanding of the audience, demonstrated bravery in its use of [social media] influencers and was a unique approach for an airport operator”, states the jury.

Finavia has described #LIFEINHEL as a new type of content marketing campaign with its bold boundary-crossing approach mixed reality TV, game shows and social media. The campaign’s media coverage has already exceeded 2.2. billion people through YouTube videos and hundreds of stories published in the media.

“Not many Nordic operators can compete in international visibility with paid advertising. The larger the market is, the more important it is to create boldly distinguishable content that supports the strategic objectives of the business and maximises the earned media. Finavia’s courage paid off again in all aspects,” says Riikka Hallenberg, Dagmar’s Senior Client Director. Dagmar is Finavia’s cooperation partner and submitted the campaign for the WMA contest.

Finavia’s #LIFEINHEL was already awarded twice in The Moodies 2018 awards in February. The Moodie Davitt Report awards for the best use of digital media at airports and in the travel sales industry were awarded in the categories Best YouTube Video/Campaign and Best Use of Paid Social (Airport).

In Finland, #LIFEINHEL has been nominated in three categories in the Grand One 2018 finals, in which the best digital marketing will be evaluated on 5 April 2018.

The World Media Awards demonstrate the effectiveness of cross-platform, cross-border and content-driven advertising. The Awards are organised by World Media Group together with an international jury. The jury comprises international advertisers, agency experts and editorial specialists. The Awards celebrate bold and creative strategies for engaging with international, influential audiences.

Kati Levoranta, former CEO of Rovio, appointed to Finavia’s Board of Directors