Article published
7.9.2018 at 09:32
Finnair and Helsinki Airport have been connecting East and West for 35 years via Helsinki.
To celebrate this achievement, the two have released a short film, the first one of its kind – made by an airline and an airport. The short film East and West Side Story speaks of meaningful encounters that take place when people travel.

East and West Side Story follows a famous writer in need of personal privacy, while the whole world wants to have her in the limelight. The story plays on three continents, spacing from the US to Korea and ending in Finland. As the film’s title East and West Side Story suggests, the film has two directors:  Young-Wook Paik aka “Wookie” comes from Korea and Johan Storm from Sweden. The two directors both give their point of view on the same story, produced by B-Reel Films (Bergman: a Year in Life). The leading roles are played by Anne Bergstedt (Boardwalk Empire, Black Swan) and Jae Hoon (One Day Maybe).

East and West Side Story is an excellent example of modern companies using branded entertainment to tell more emotional stories and reach an even wider audience around the world.

The short film premiered last night in a very special event at Helsinki Airport, where an aircraft hangar was turned into a movie theater for one night. The guests were hosted by Renny Harlin, the established Hollywood filmmaker and one of the most sought-after directors in China.

You can watch the film here: https://youtu.be/NIU1h-ugydY

Media kit for the press: https://www.matchmadeinhel.com/media 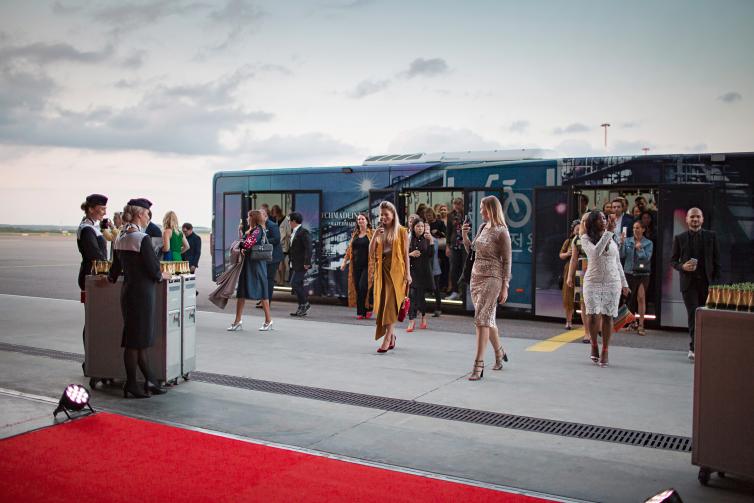