Article published
21.5.2019 at 09:00
From a “saucer plane” to a flat, round vehicle called the “Flying Pancake,” these beasts weren’t built to take you to your next holiday. Rather, they were created to advance the science of aerodynamics.

Is it a bird or is it a plane… or an aircraft that looks like a whale?

Featuring one of the most voluminous cargo holds of any civil or military aircraft flying at the moment, the Beluga XL (main image) by French aircraft manufacturer Airbus promises to be one of the biggest beasts in the skies when it enters service during the second half of 2019.

The Beluga XL has a swollen and bloated fuselage, ending in a vast curved dome above the cockpit. Despite a span of more than 60m, its wings seem rather short and stumpy next to that massive body. Overall, the plane bears a strong resemblance to the white-colored Arctic-dwelling mammal, the beluga whale—hence its name. The XL’s cheerful, smiling-faced livery capitalizes on this.

The Beluga XL won’t be able to take you to your next holiday, though. As a super-transporter cargo plane, it has been designed to fly Airbus’ aircraft components between European production sites and its final assembly lines in Toulouse, Hamburg and Tianjin. 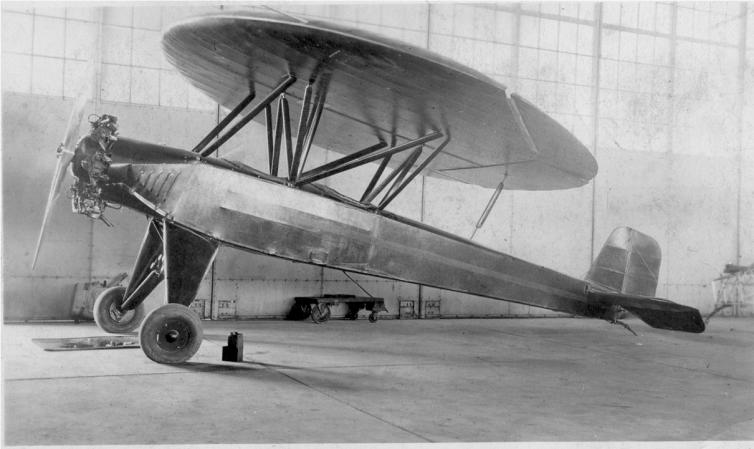 While the Nemeth Parasol never became a household name after it was built in 1934, it held some promise. It achieved success in its test flight, providing evidence that circular wing designs shouldn’t be written off.

The original Nemeth Parasol prototype was a taildragger, or an airplane whose undercarriage includes a tailwheel or tail skid rather than a nose wheel. It used a lengthened fuselage from an Alliance Argo biplane, an American-built two-seat biplane of the late 1920s, and was powered by a 90 horsepower Lambert engine.

The round, saucer-like wings of the airplane spanned over four and half feet, leading many in the media at the time to call it a “saucer plane.” People who observed the Nemeth’s test flight from the ground also called it the “flying umbrella.” 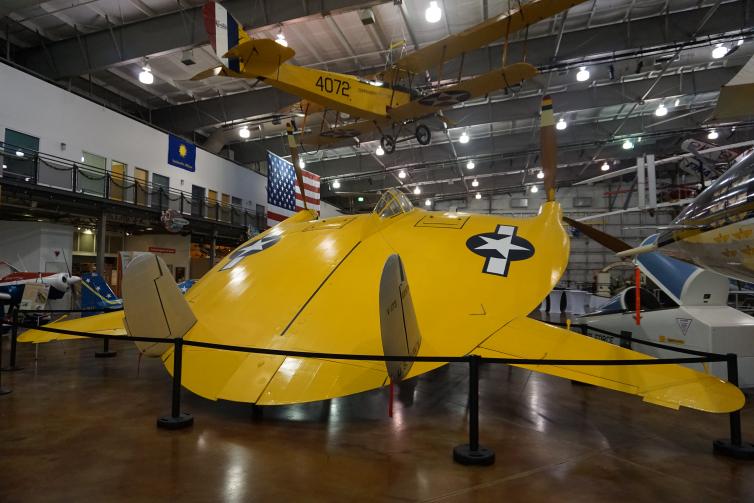 The Vought V-173 features a circular airfoil with large-diameter propellers on the wing tips.

Its designer, the American aerodynamicist Charles Zimmerman, reasoned that the drag—which is created by disturbed airflow near the tip of conventional wings—would be minimised by placing the propeller at the wing tip. By maintaining a uniform flow over the entire span, Zimmerman felt that the aircraft could take off and land at exceptionally low speeds and still have good high-speed performance.

In the 1940s, the United States Navy was looking for a fighter that could take off almost vertically and thus could be deployed from tankers, cruisers, and other ships to counter submarine attacks. The strange, flat, round vehicle Zimmerman offered got the inevitable nickname “Flying Pancake.”

The V-173 first flew on November 23, 1942, as part of a Navy program to test the lifting capability of short, stubby wings. Many concerned residents in Connecticut, where the test flights were conducted until 1943, called in reports of UFOs to authorities and media. 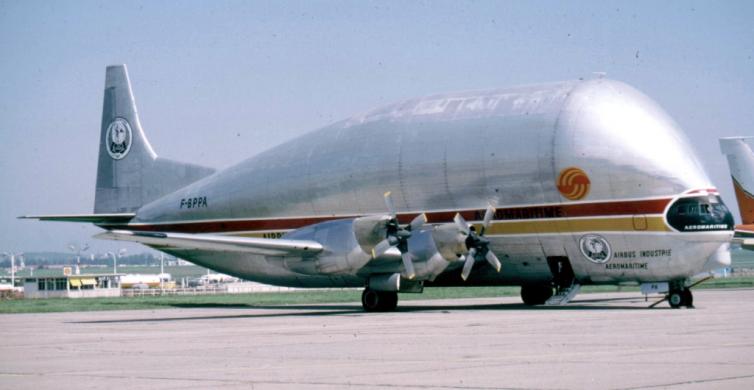 Aero Spacelines, an American aircraft manufacturer that operated from 1960 to 1968, made a name for itself by producing Guppy airplanes. This line was used solely to transport oversized cargo such as space exploration vehicles.

Named after one of the world’s most widely distributed tropical fish, the various Guppies were modified from 1940s and 1950s Boeing 377 and C-97 Stratocruiser airframes. The fuselage of the first variant, the Super Guppy, was lengthened to 43 meters and expanded to a maximum inside diameter of 7.6 meters.

In addition to the fuselage modifications, the Super Guppy used Pratt & Whitney T-34-P-7 turboprop engines for increased power and range, and modified wing and tail surfaces. It was able to carry a load of 24,494 kg and cruise at 480 km/h.

NASA’s present Super Guppy Transport, the fourth and last example of the final version, first flew in its outsized form in 1980. It replaced the earlier model Super Guppy, which has been withdrawn from service and is now used for spare parts.

Read more about the Stratolaunch, the largest aircraft in the world by wingspan