Article published
18.4.2019 at 09:00
Collecting souvenirs is not uncommon, but few collect air sickness bags. What makes collectors grab these paper-and-plastic bags and take them home from the plane?

Have you ever wondered what the air sickness bag in the seat pocket in front of you is for? The history of aviation explains them: in the early days of air travel, flying was a very different experience. The ride was often bumpy and air quality poor before pressurized cabins became standard. Back then, passengers were likely to suffer from motion sickness a lot more frequently than today.

Although air sickness bags are no longer needed as often, they are still standard on flights, and there are even people who like to take the empty bags home. Some collectors of air sickness bags strive for a collection with as many different bags as possible: according to the Guinness Book of World Records, Dutchman Niek Vermeulen owns more than 6,200 air sickness bags. Some, on the other hand, covet rare specimens, such as the special bags belonging to the limited edition of 20 different air sickness bags made by Virgin Atlantic in 2004.

Collectors meet each other on online forums and at aviation events. Some of them even trade air sickness bags online. We had a chat with two collectors about their hobby.

Helsinki-based video artist and vlogger Esin Aamutuuli has been a frequent flyer since childhood. She has collected air sickness bags for around 20 years.

“I never consciously decided to start collecting them. Somehow, I just always ended up grabbing a bag from the flight, and so it first became a habit and then a hobby”, Aamutuuli says.

She has a collection of 48 bags from 30 different airlines. The number of carriers is high, because Aamutuuli has, for example, travelled around the world while filming a television series.

“The best thing about collecting is when you get a new version of a bag you already have. I also have barf bags from airlines that no longer exist, such as Germanwings, Air Berlin and Malev”, Aamutuuli says. For her, air sickness bags are mementos of her past.

“They remind me of certain periods in my life and carry stories of my adventures. For example, the air sickness bag from China Air reminds me of a horrific experience in Taipei where I almost missed my flight. I got off the bus at the wrong stop and found myself in the middle of a quiet suburban neighbourhood. Suddenly, I saw a lonely van on an empty street and a man walking towards the van. I ran to him and begged him to take me to the airport quickly. We had no common language, but luckily, he understood that I was in trouble and rushed me to the airport. I tried to offer him money to thank him, but he just yelled ‘Run! Run!’” Aamutuuli remembers.

“I’ve stored my collection in a wooden crate I found in an abandoned house. I figured it would make an excellent place to keep my air sickness bags,” she says. 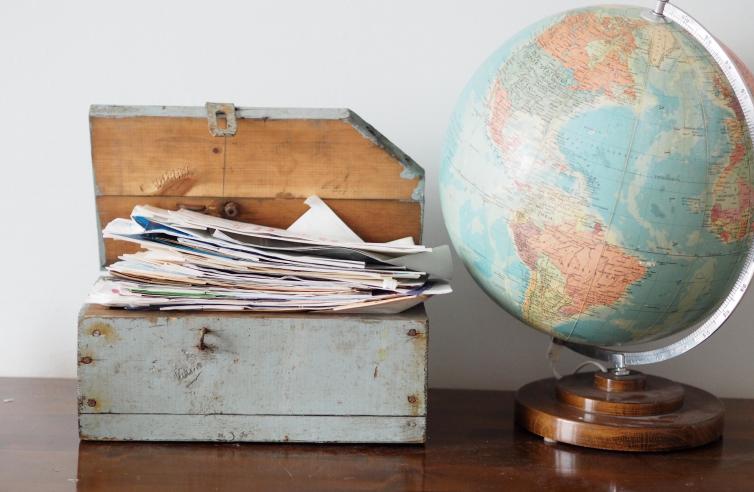 A virtual museum curator keeps his collection in binders

“I thought nobody collected air sickness bags. I was wrong, but of course not very many people collect them”, he says. Initially, Silberberg was drawn to the absurdity of collecting air sickness bags, but over time he has started to think the hobby is no stranger than collecting stamps.

Silberberg’s collection includes a bag from nearly every airline in the world. Unlike Esin Aamutuuli, Silberberg swaps bags with other collectors. He has even paid for air sickness bags.

“I once paid 35 dollars for a bag – a six-foot tall Virgin Airlines advertising piece, which I never received in the mail, however. I am most interested in bags that were never meant to be used. For example, there are bags for horror movies and those that feature politicians. I keep my bags in sheet protectors and place them in three-ring binders”, Silberberg says.

Silberberg’s collection can be viewed online at airsicknessbags.com. Silberberg set up the Air Sickness Bag Virtual Museum back in 1997, when the internet was only starting to take hold.

“I figured it would be unlikely that anyone would ever get to see the collection if they had to come to my house and look through binders”, he says. In Silberberg’s view, collectors of air sickness bags form a rather tight-knit community, especially online, but he has only met two other collectors in person.

“Collecting is fun and relaxing, so I plan to continue collecting bags and updating the Air Sickness Bag Virtual Museum. When I retire, I plan to open a physical museum that people can come visit”, he concludes.

This is how you recognise a true aviation enthusiast.

Heavy snowfall may cause delays at Helsinki and Turku Airports 20.-21.1.

Commentary: In Europe, the handling of flight slots is highly regulated