Article published
4.10.2022 at 13:49
Finavia and its alliance partners have won the prestigious international award for the best building information modelling in the world. The award was granted to the building information modelling of the terminal extension at Helsinki Airport, which includes the airport's new departures and arrivals halls and magnificent entrance.

“This is a great recognition for both Finavia and the companies that are part of the development programme alliance, and for all our experts,” says Finavia's Director Henri Hansson, who was responsible for the overall management of the Helsinki Airport Development Programme.

According to Hansson, modern technology and cutting-edge data modelling enabled systematic and planned progress in this large and challenging project. 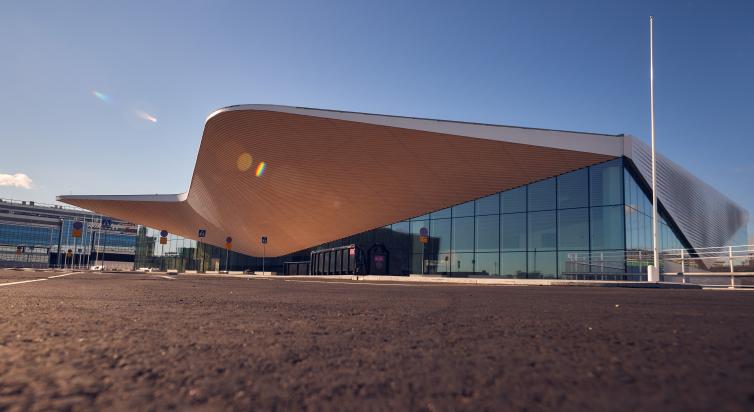 “As we were able to model every step and detail on a computer, all parties had a common understanding of the goals and outcomes. Everyone had the same knowledge, which made the work efficient and prevented any major surprises.”

Hansson thanks the personnel of Finavia as well as the personnel of the alliance companies SRV, Arkkitehtitoimisto ALA Oy, HKP Oy, Ramboll Finland Oy and Gravicon Oy, which was responsible for data model coordination, for their world-class expertise.

Picture: Data modelling of the structure.

“More than 400 models were created for the terminal extension, which gives an idea of the huge scale of the project. It was very important for Finavia to be involved in the design and construction stage of space and service solutions, as the completed extension components must function properly in the demanding airport environment.”

Finavia's terminal extension won the data modelling competition, which was attended by 132 projects, including the winners of Tekla regional BIM Awards from 37 countries. This is the first Tekla Global BIM (Building Information Modelling) main award won by a Finnish project. The terminal extension was also the winner of the best public space category.

Thisis how data and people come together at Finavia’s airports