Article published
3.7.2019 at 09:29
The opening of Wizz Air’s new route from Turku to London was celebrated on Tuesday evening on the 2nd of July. Wizz Air has recently opened multiple routes from Turku – with the next one being a direct route to Skopje later in July. The company recently announced that they will be also opening the first direct route from Finland to Georgia – Turku to Kutaisi.

The Wizz Air airplane received a traditional water salute to celebrate the opening of the new route. For the first time ever, it is now possible to fly directly from Turku to London. The route will be flown on Tuesdays, Thursdays and Saturdays with an Airbus A320-200 plane. Luton Airport is located about 45 kilometres north of Central London.

“Turku is now much more easily reachable thanks to this new route opening. It is wonderful, that we now have this direct route between two culturally rich cities, London and Turku,” said Jani Jolkkonen, Finavia’s Senior Vice President, Director of Airport Networks. “I believe this route will spark a lot of interest.” 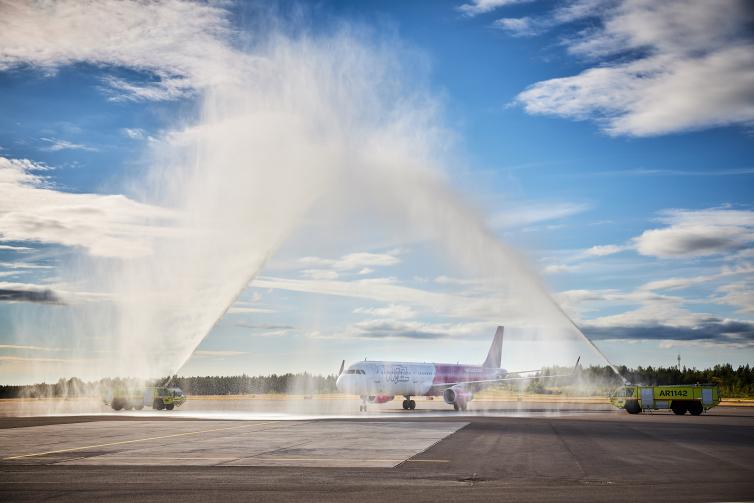 “Wizz Air’s mission is to give travellers the opportunity to explore Europe’s undiscovered gems, and this new route connecting London with Turku does exactly that,” said Andras Rado, Corporate Communications Manager of Wizz Air.

“We are delighted that our direct route – the only available direct route – from London to Turku will offer the chance to many travellers to visit Turku on board one of the modern aircraft of Europe’s greenest airline, and enjoy the hospitality of the locals. At the same time, we are happy to provide a convenient connection to London for passengers who are planning to dive into the historic capital of the United Kingdom” Rado continued. 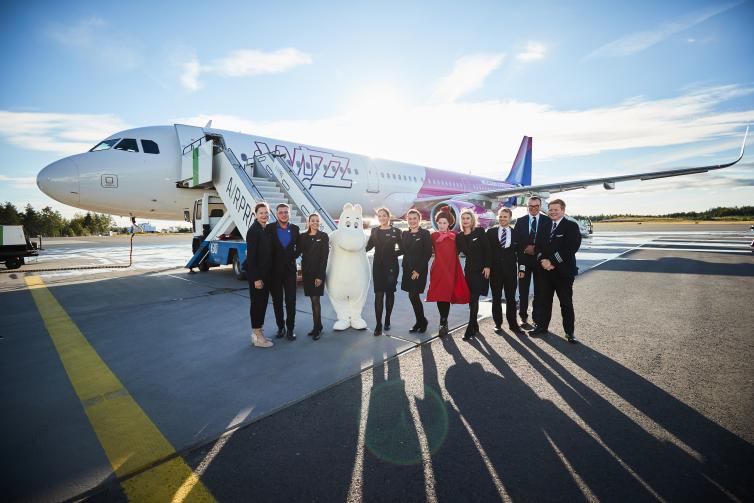 “It is fantastic, that we are getting a new direct route between Turku and London,” the Mayor of Turku Minna Arve said. “We thank Wizz Air for their belief in and contribution to Turku, Finavia for the great cooperation and all of the passengers who have chosen Turku as their point of departure or destination.”

Thanks to the new London route, Turku has received plenty of coverage on British media. The Guardian, The Times, The Daily Mirror and National Geographic Traveler are among those who have visited Turku and the nearby archipelago. 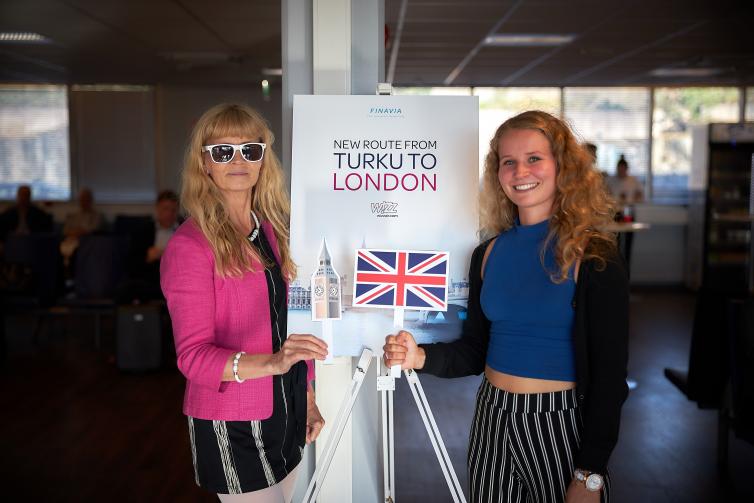 The selection of routes from Turku Airport will further diversify when Wizz Air starts flying to Skopje in North Macedonia on the 31st of July. The airline announced recently that they will also open a route from Turku to Kutaisi in Georgia. The inaugural flight is scheduled for July 2020. The company has already opened routes from Turku to Krakow in Poland and Kaunas in Lithuania this year.

Did you know: Helsinki Airport houses the largest Ajisen Ramen restaurant in the world?