Article published
12.6.2020 at 09:47
The Helsinki Airport Development Programme continues despite the lower air traffic volumes caused by the COVID-19 pandemic. Last week, enormous natural stones were introduced in the new arrivals lobby of the upcoming Terminal 2 as part of the decorations for the plaza, featuring living trees and vegetation.

The plaza is designed to support the customer experience by highlighting Finnish nature and comfort. In its press release, SRV, the main contractor of T2, describes the area called Luoto (‘Islet’) and its construction as follows.

The renewed Terminal 2 at Helsinki Airport will feature a new nature diorama called Luoto in the arrivals lobby. It is a minimalistic representation of nature built inside the terminal and decorated with real plants to create a memorable, pleasing and refreshing experience for anyone visiting the terminal. 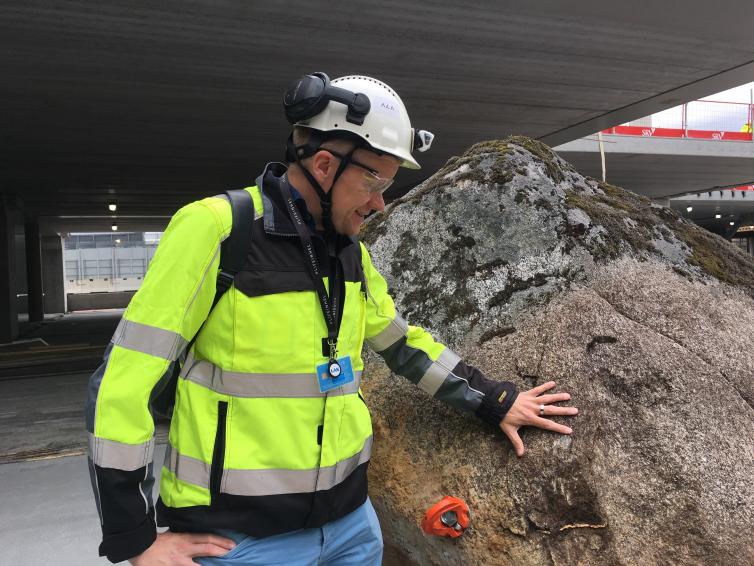 “Luoto welcomes passengers arriving in Finland. It offers calm for the anxious and refreshment for the weary. Luoto is a promise of nature found in Finland. On the other hand, it draws a connection between our airport and Asia, where gardens, stones and bonsai have been an artform for two millennia,” says Architect SAFA Juho Grönholm from ALA Architects.

A piece of nature inside a building

Luoto features ikebana, trees, dry peat, tall grass, stones and moss. The arrangement formed by these materials is built on free-form berms made of weathering steel. The concept is equipped with an automated watering system and the lighting has been optimised for the well-being of the plants. The diorama and its plants must be tended to regularly to retain their vitality. 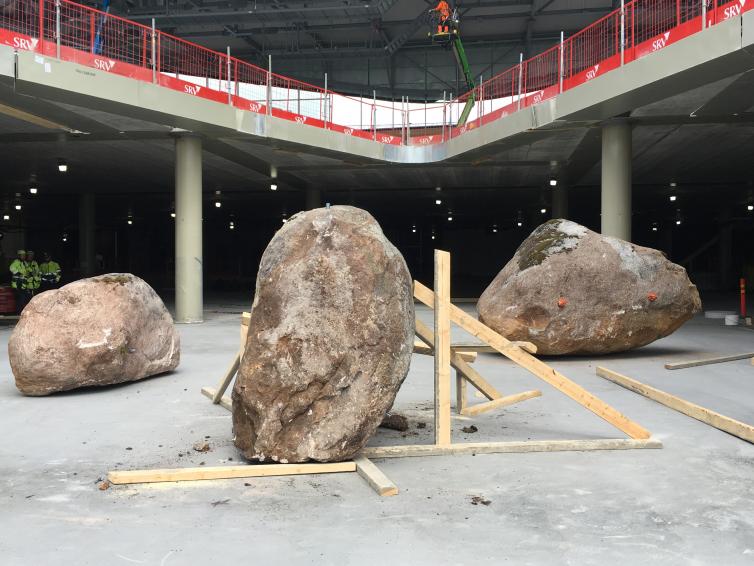 Three authentic stones from Finnish nature, with a combined weight of more than 20 tonnes, are also part of the concept. The stones evoke thoughts of hiking and exploring new worlds. In the ice age, erratic boulders travelled hundreds of kilometres from their place of origin. They often have a different composition than the rocks in their surrounding area. The name ‘erratic’ comes from the Latin word errare, to wander. What could be more fitting for an airport? For us, airports are gates through which we wander into new worlds.

The stones in Luoto come from Vihti

The heavy stones arrived at the terminal from the Vihti stone materials plant of Terrawise. The three stones in the new arrivals terminal lobby weigh more than 20 tonnes combined. 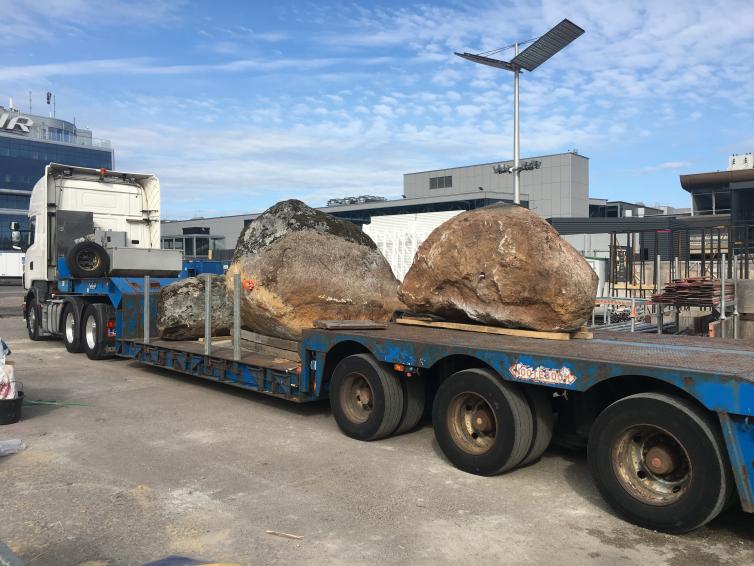 SRV, the project supervisor of the terminal project, supervised the hoisting and placement of the stones. Stones are not something that can be dropped anywhere. Especially at this size, you do not ‘drop’ them at all; you need heavy-duty cranes and responsible planning before moving them. The location of the stones overall and as part of Luoto is not random as they must feel like a natural and consistent part of the concept. That is why David Gallo from ALA Architects oversaw the project and ensured that the stones were appropriately placed. The places had also been marked in advance.

Now, the stones await for the completion of the surrounding Terminal 2. They will also be firmly attached to the terminal floor by concrete collars. The plants will not arrive until the internal building works begin.